In the discussion on “Mainstreaming Persons with Disabilities: Corporate Social Responsibilities” organized by National Human Rights Commission, the Principal Secretary of Prime Minister declared that upon NHRC’s request he had instructed the Shipping Secretary to take immediate action for making riverine transports accessible for PWDs. The discussion was held on 08 September 2018 at Conference Room of NHRC. Before the discussion ‘Sheikh Rasel Art Gallery’ (Gallery with the pictures painted by the children with autism) was inaugurated. Md. Nojibur Rahman, Principle Secretary, PMO attended the program as the Chief Guest. Md. Jillar Rahman, Secretary, Ministry of Social Welfare attended as the Special Guest. NHRC Chairman Kazi Reazul Hoque chaired the program.

At the beginning, Md. Nojibur Rahman, Kazi Reazul Hoque, Md. Jillar Rahman inaugurated Sheikh Rasel Art Gallery (Gallery with the pictures painted by the children with autism). In his speech as Chief Guest Md. Nojibur Rahman said, “I am honoured to be present here today and I am glad to inaugurate Sheikh Rasel Art Gallery. I am also fascinated to see the humane environment of NHRC office.” Following the request by the participants on accessibility in the riverine transports, Md. Nojibur Rahman said, “Upon your request, I have just now instructed shipping secretary to take immediate measure for making the riverine transports accessible to the PWDs.” Following another request from a participant regarding Bangladesh’s copyright of Multimedia Talking Book he said, “While listening to the participants upon your request I have also instructed the Project Director of A2i, PMO to immediately take necessary action for the copyright in favour of Bangladesh as Bangladesh has discovered this talking book for the accessibility of the documents for PWDs.”

Hon’ble Chairman of NHRC said, “The father of the nation Bangabandhu Sheikh Mujibur Rahman dreamt to build golden Bangla where equity, social justice and human dignity would be established. Towards achieving this dream, the Hon'ble Prime Minister Sheikh Hasina has taken a number of initiatives to ensure the rights of socially excluded people including PWDs and children with autism. I believe along with government if the corporate bodies and other non-government entities come forward to promote the PWDs our goal will be achieved.” At the end of the discussion, a cultural program participated in by the children with autism was held. 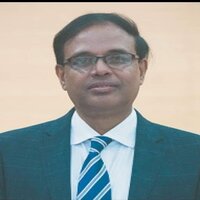